Ryokan Motonago has had the honor of being listed in The Michelin Guide 2020 Kyoto Osaka, which was published in 2019, for the 11years time in a row since 2010. The Michelin Guide 2010 Kyoto Osaka was the first Michelin Guide book to feature Kyoto, and it introduced 22 ryokan (Japanese-style hotels) in Kyoto. This is the nineth version since 2010, when ryokan were first listed in a Michelin Guide. Ryokan Motonago was chosen as one of the 31 ryokan and was awarded two rosettes for its amenity. We are very proud and honored to be selected and to be praised for our Kyoto-style hospitality. As one of the foremost ryokan in Kyoto, we are grateful to all guests who stay or have stayed at our ryokan.

Zagat Survey, a guidebook publisher based in NYC, USA, provides ratings of restaurants and hotels around the world for consumers. Motonago is one of the eighteen "ryokan" (Japanese-style hotels) rated in the "ZAGAT Kyoto Restaurants & Hotels" version.

We, Ryokan Motonago, have been certified as Step 1 of KES (Environmental Management System Standard), which originated and is based in Kyoto, on August 1, 2010. We are the first and only ryokan in Higashiyama-ku, Kyoto City, to obtain this certification. 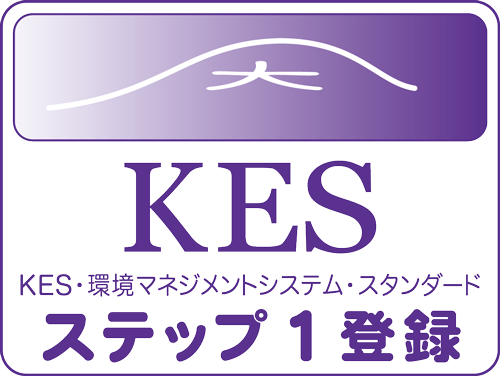 We will apply KES Step 1 to our daily operation as a system in which every employee can participate, and aim to make our ryokan more eco-friendly for all guests to stay more comfortably. This is also our responsibility as a company operating in Kyoto, a world cultural city.
We endeavor to make all possible efforts to be environmentally conscious and through such efforts to host our guests with a "new hospitality" befitting a "new style" of ryokan.

We have acquired the Fire Safety Certification Mark to show that we comply with fire safety standards. 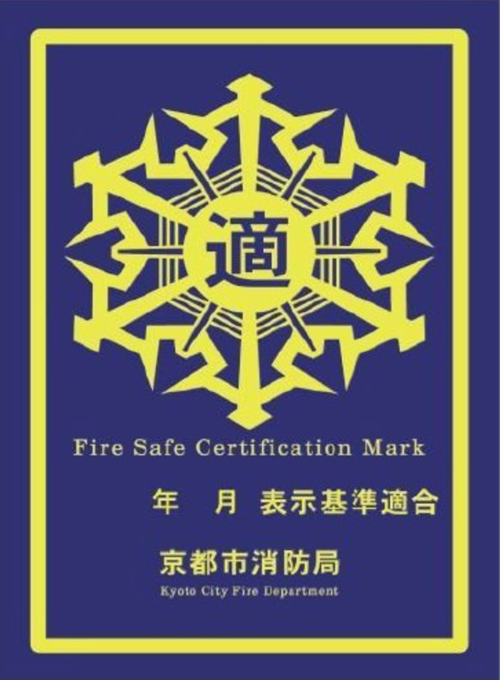